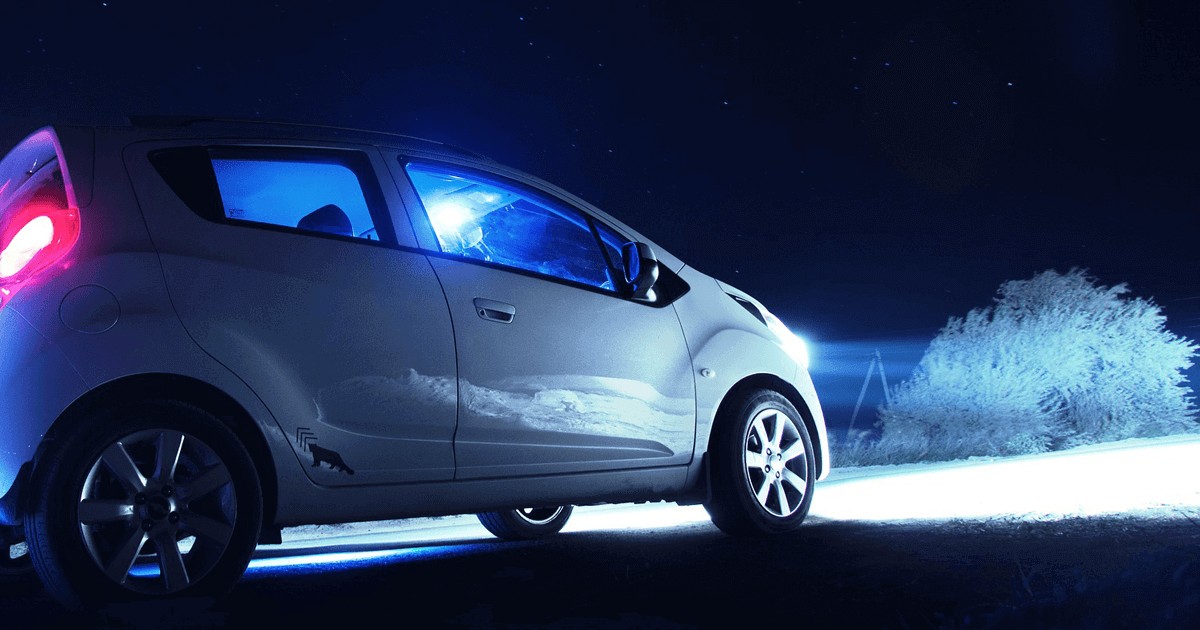 Have you ever wondered what could happen if you drive without car headlights? Well, the first thing you will encounter is fine. Nearly all countries in the world have a ‘mandatory headlight’ traffic rule. While some only enforce this law during the night time, others require you to turn them on in all situations with limited visibility.

Even if law does not abide by you, car headlights are one of those vehicle components that you should definitely not drive without. They are not only crucial to your safety but also for those who drive around you.

When it comes to car headlights repair, it is inexpensive and you can get it easily done at any workshop nearby. However, in my opinion, since it is such a straightforward repair job, you should look into repairing it yourself.

But before you do that, you need to keep in mind the basics. So, stick with us as we walk you through them.

What are the parts of car headlights?

Car headlights contain many components and the assembly of these can vary according to make and model. Nevertheless, there are a few standard components all headlights have.

How do they work?

The main component in car headlights is the headlight bulb (also known as the headlamp). This bulb is the source of the light and emits the beam as an electric current passes through the filament. It then generates a glow due to electric resistance and the bulb lit up. The light produced gets reflected and dispersed to the road ahead by the reflector surfaces around the bulb.

How to check your car headlights?

For an even more thorough inspection and check the light alignment, follow the steps below:

What are the types of car headlights?

You can classify car headlights according to the shape, the light technology they use, their assembly, and so on. Here, I will classify them based on the latter two standards.

Classification according to light technology used:

Halogen Lights - Halogen lights remained standard car headlights for a long time. They are cheap yet very effective. Halogen bulbs contain a filament that burns to emit light. These bulbs include a mix of gases that surround the filament and allow the lights to burn brighter and longer. The emitted light is yellow and is not very vivid.

High-Intensity Discharge/Xenon Lights - These car headlights have a very similar mechanism to halogen lights but they contain a ball filled with metallic salt and xenon gas. When light passes through the electrodes, this gas amplifies and generates a stable and intense brightness. The resultant light is much brighter than halogen lamps. It is pure white, unlike yellow halogen lights. 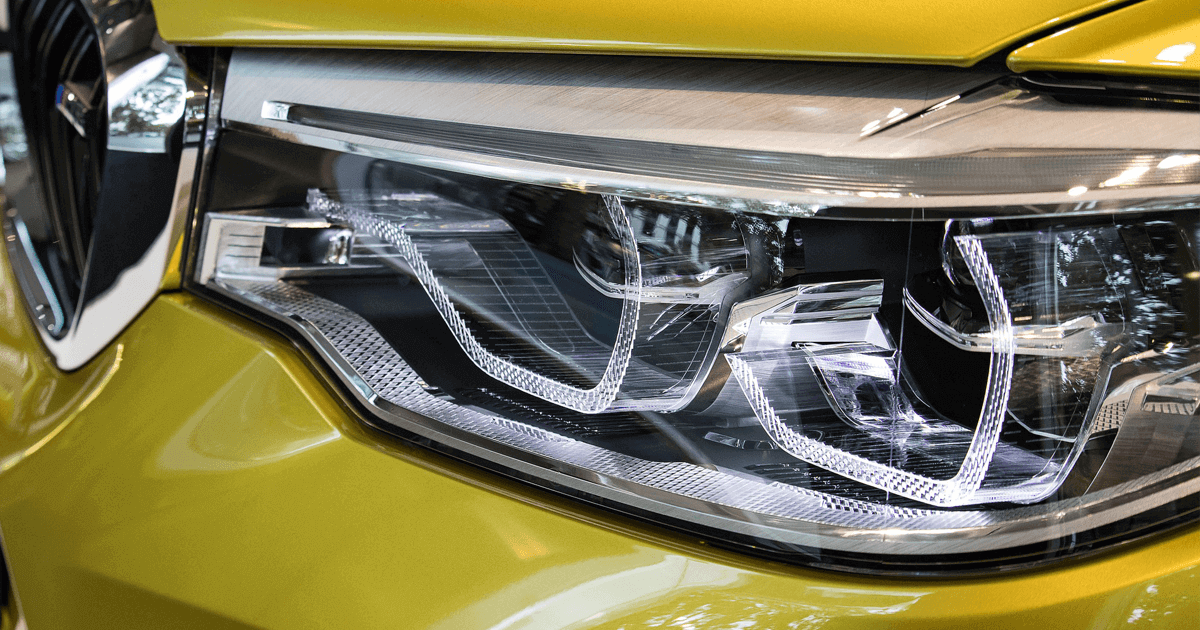 LED - Light-Emitting Diode headlights illuminate through the process of electroluminescence. It involves electrons getting shot towards positively charged holes in a semiconductor. It causes them to release energy as photons that emit light. These car headlights are energy-efficient and you can switch them off instantly. They are, however, a little costlier than halogen lights. 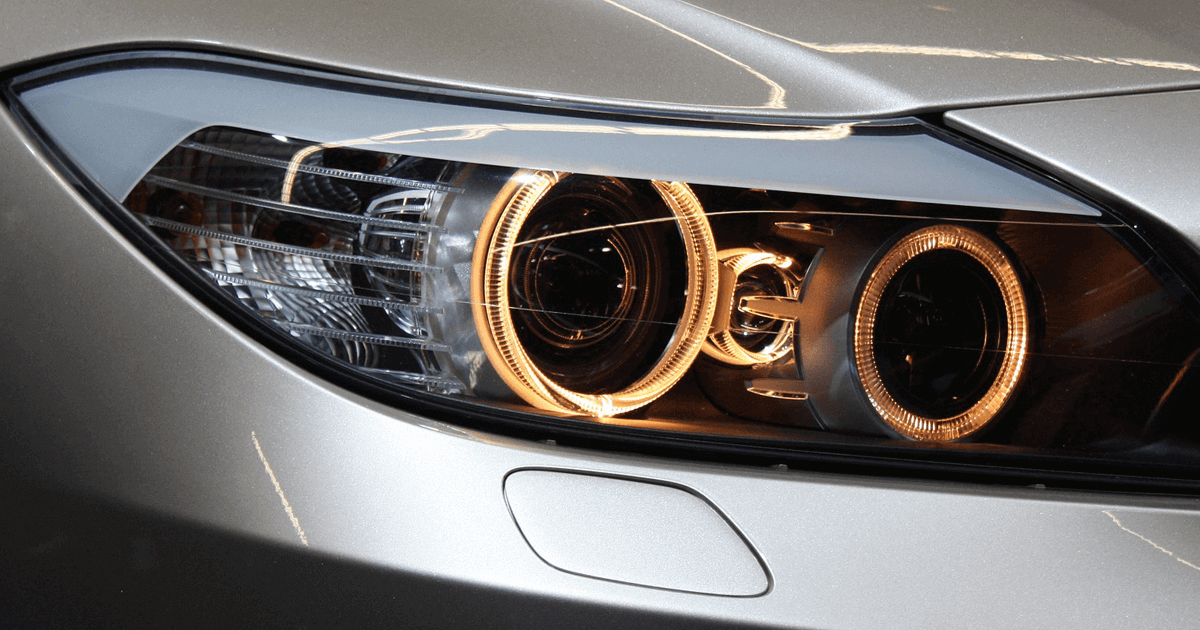 Laser Lights - Laser car headlights are a recent innovation and therefore are not very common yet. They get their light through chemiluminescence, which generates blue laser light. This light then shines onto a lens filled with yellow phosphorus. It converts the laser into a broad beam of white light that then shines onto the road ahead. You would be surprised to know that laser headlights are 30% more efficient than LED lights and can illuminate an area up to 2,000 feet. The downside is that they are extremely expensive.

Classification according to the assembly components:

Reflector Car Headlights - In a reflector headlight, the light comes from the bulb and at the centre of the housing. It, then, reflects off the shiny sides of the light housing. As a result, the tiny amount of generated light amplifies and spreads out on the road ahead.

Projector Car Headlights - Projector lights work a little differently, though they use more or less the same principle. Instead of reflecting the light, the lights project it. This type of assembly allows for more control over the light beams since it makes use of lenses that focus and magnify the light.

The generated light differs according to the type of housing. While the reflector light can cover a wider area, they are less focused and therefore are less bright. It leads to excess “light waste”. Projector car headlights, on the other hand, go downwards and give more even brightness. Since these are more concentrated on the road, they do not blind oncoming drivers. Consequently, light beams from projector lights are more intense.

How to operate car headlights?

While the location and setting of the symbols vary in every car, I am going to discuss the standard succession of settings as I see them in my car.

Headlights serve as eyes of your car and it is illegal to drive with faulty lights. Modern car headlights come in different shapes and sizes, and they can last you a long time. However, they aren’t invincible and can break or stop working for various reasons such as a blown bulb or short-circuiting. Basic car headlights are easy to replace and you only need a beginner level of expertise to do the job. However, with more sophisticated headlight layouts, you might need expertise.

While replacing headlights it is important to know what type will work with your vehicle and their availability. The most common car headlights used in modern vehicles are Xenon headlights. They are popular because of their affordability and brightness. That said, the choice really comes down to your preferences and budget.