Place FREE Advert
Parts Breakers in Parts Motors
Watchlist
Motors Breakers in Parts
0
Searches
My searches Set an email alert
Here you will see your searches
Repeat the last searches with the click of a button!
0
Cart
The cart is empty
Sign In

Shock absorbers: What are they, checking their condition, new vs used

Shock absorbers are just one of many thousands of parts on your vehicle that makes it a technological marvel, born from over a century of refinement and innovation. Each part on your vehicle plays an important role in making them as safe and sturdy as they are today, but parts which directly impact how your car behaves on the road, such as your shock absorbers, are arguably the most important.

What is a shock absorber?

The shock absorber (also commonly referred to as just the ‘shock’) is a vital part of the modern suspension system found in most vehicles today. Patented over 110 years ago in 1907 by Maurice Houdaille, they work alongside the conventional springs you tend to find in your suspension setup by restricting the amount of movement they have.

If left to their own devices, springs are, of course, very bouncy. If you go over a pothole or speed bump, it would put a lot of energy into the spring, and it causes your car to bounce up and down for a very long time before it finally settled. The role of the shock absorber is to minimise these oscillations when you drive over a bump and thus keep your tyre on the road as much as physically possible. But how do they manage this?

Essentially, they are quite simple components when broken down. A shock absorber is basically a pump that has the sole job of converting kinetic energy (from the springs) into thermal energy which is dissipated into the outside environment. To do this, a piston sits inside the shock absorber which pushes against hydraulic fluid when the vehicle hits a bump. Only a small amount of fluid is allowed past the piston through tiny holes, so the harder the piston works, the more the fluid inside will resist.

It’s this resistance that gives the shock absorbers their ability to restrict the amount of movement in the suspension system, and in turn, keep all four tyres safely in contact with the road as often as possible. As such, the shock absorber is a vital safety component for your vehicle; without sufficient contact on the road, your ability to brake, steer and accelerate will all be severely compromised.

There are multiple types of shock absorbers available, ranging from the everyday basic telescopic shock absorbers up to spring-seated shocks, which incorporate part of the vehicle’s overall suspension springs within their design. Ultimately, though, they all serve the same purpose of minimising spring movement and keeping wheels in contact with the road.

As you might expect, when a component such as a shock absorber is tasked with converting the kinetic energy of something as large as a vehicle, they have a lot of stress placed through them during their working life. Thanks to that stress, eventually they will show signs of wearing out, and might even fail altogether if not attended to.

Shock absorbers are classed as a consumable part – their failure would be classed as wear and tear, and not a failure of the vehicle. Most shocks are typically rated to last for 50,000 miles/80,000km or a few years – whichever comes first. Heavy-duty shocks found in more rugged vehicles such as off-roaders may take more abuse before failing, but they all ultimately don’t come with an unlimited shelf life.

Since shock absorbers are relatively simple, there are only a few things that will go wrong with them. The seals might degrade over time, meaning the vital hydraulic fluid leaks out to leave the shock unable to absorb the energy effectively. Alternatively, if you have a particularly heavy impact such as taking a speed bump too fast or hitting a large pothole, it could bend or even break the piston inside the shock absorber. If the piston is unable to move in the way it was originally designed for, its ability to absorb energy will once again be greatly reduced.

How do I check for signs of my shock absorber failing?

There are multiple ways of telling that your shock absorber may be on the way out before it fails, so you should never have to find yourself in a situation of complete failure.

When driving your vehicle, try and pay attention to how it behaves across the roads. If your ride has become bouncier and the vehicle tends to nosedive more under hard braking, those would be clear signs that one or more of your shock absorbers are performing sub-optimally.

A bad shock absorber will also have an impact on the way your vehicle steers. A bad shock can cause your steering wheel to vibrate at speed (especially if the failing shocks are at the front). On top of that, you may notice quicker tyre wear over the standard wear rate.

If you’re willing to get down and look under your vehicle, then look out for any moisture on the shock absorber. If it’s looking wet and surrounding components aren’t, then that strongly suggests a hydraulic leak is present. If the fluid has leaked out, eventually there won’t be enough fluid left to create the cushioning effect that shock absorbers bring. If the shock absorber is bent from something like a large pothole or speeding over bumps, then it’ll likely be on the brink of failure, too. Luckily, however, shocks aren’t too expensive nor too difficult to replace. 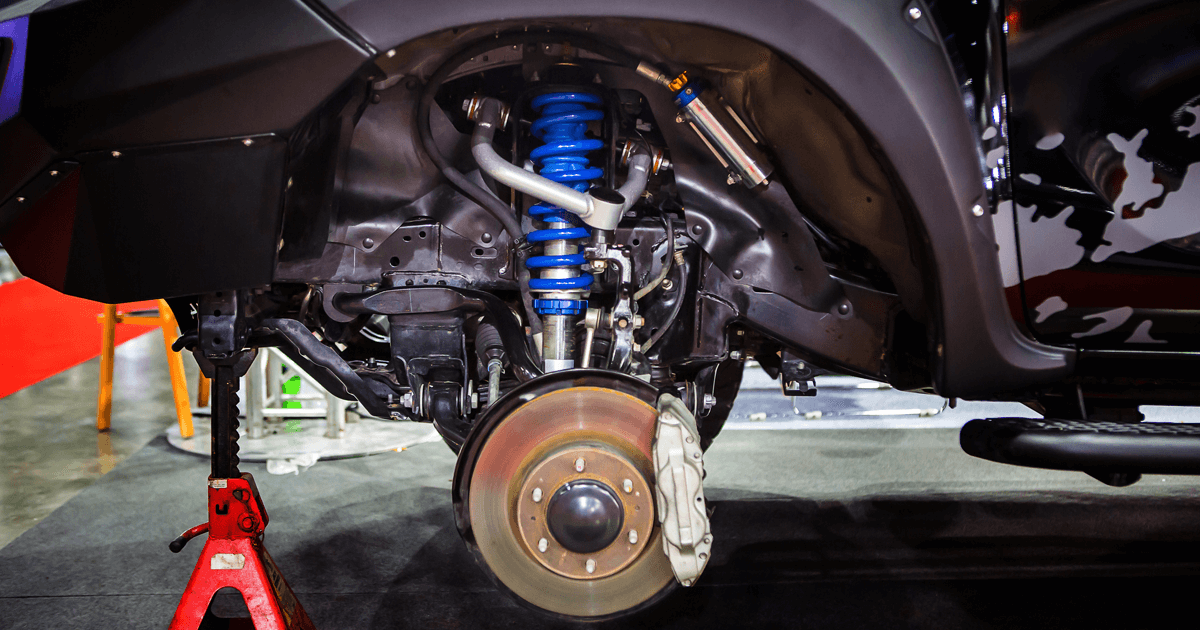 If your vehicle is showing any of the symptoms mentioned above, or if it’s just been a good few years since the suspension has been touched, then it’ll be a good idea to get the shock absorbers replaced. The good news is that shocks are widely available, fairly cheap on labour to fit, and give you a good choice of purchasing options.

Perhaps the biggest question you’d want to ask yourself is whether it’s worth buying brand-new or getting a quality used part for your vehicle. On one hand, getting a brand-new part directly from the OEM can leave you with the peace of mind knowing that you have an original manufacturer’s part that should last you for a good while. However, you will be at the full mercy of whatever price the manufacturer decides to charge for their shock absorbers – it can potentially be eye-watering, especially if you drive a vehicle from a more premium brand!

On the other hand, you can get a used shock absorber. Typically, this can be associated with risk from parts that might have an unknown history, but it doesn’t have to be that way. At Motor Breaker, you can find the correct used shock absorber quickly and efficiently. On top of that, any dismantler’s performance selling through Motor Breaker is checked thoroughly to ensure they follow the Code of Conduct, meaning you can have faith in the part you are purchasing. Best of all, by purchasing a recycled part, not only are you helping the environment, but you could also save up to 85% off the price of a brand-new part from the manufacturer!

Shock absorbers are of course an incredibly important safety part of your vehicle, as previously mentioned. However, buying a quality used part does not mean you have to sacrifice any of the safety aspects that come with buying brand-new. For more information on Motor Breaker’s quality pledge, visit FAQ page.

They’re often overlooked, but shock absorbers play a vital role in how your vehicle drives and handles the road. If they’re doing their job correctly, then you’ll never give them a moment’s thought when making your journeys. If you’ve never given them attention before, though, consider giving them a quick check next time you’re out. Should they look or feel a bit worn, you can be safe in the knowledge that there are options out there that will not break the bank.