Place FREE Advert
Parts Breakers in Parts Motors
Watchlist
Motors Breakers in Parts
0
Searches
My searches Set an email alert
Here you will see your searches
Repeat the last searches with the click of a button!
0
Cart
The cart is empty
Sign In

Vauxhall spares. Should I go used instead of new? 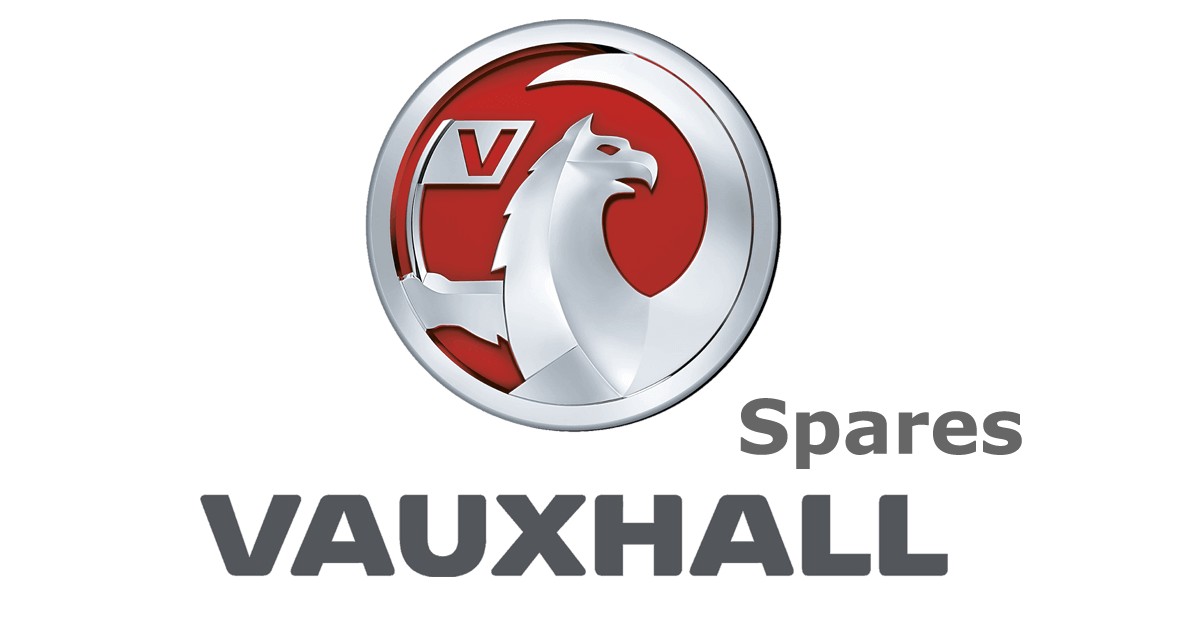 Vauxhall spares? If you’ve lived or even just driven in the United Kingdom for any period of time, you’ll have no doubt heard of the Vauxhall car brand. Like electrical pylons, Vauxhall products are ubiquitous just about everywhere in the country, and they blend into our society to a point where they are barely ever noticed. In short: there are a lot of Vauxhalls in the UK, and directly because of that, there are a lot of Vauxhall spare parts available, too.
To understand just why Vauxhalls and their parts are so abundant, it’s worth going over the history of the brand. Formed way back in 1857 as an engine manufacturer for marine applications, it transitioned into producing luxury vehicles in 1903. In 1925, American giant General Motors bought out the Vauxhall brand, and transitioned the company into producing more mainstream ‘everyman’ models that the average household could relatively easily afford from around the time of the Great Depression onwards.
Despite being under the ownership umbrella of General Motors for the vast majority of the 20th century, Vauxhall continued to enjoy relatively good creative freedom for designing their models. Though sold in other markets, Vauxhall models were quite distinctively British designed for British roads.

However, the global market doesn’t stay still for long, and if Vauxhall were to remain a healthy and competitive brand for the foreseeable future, General Motors knew something had to be done. Their plan was to utilise another car manufacturer that they had ownership of – in this case the German Opel brand – and share models between the two in the name of being more cost-effective including when buying Opel or Vauxhall spares. Vauxhall soon stopped creating their own designs and became rebadged Opel models, with the last Vauxhall-designed model being the Viva, which was discontinued in 1979. The Astra that effectively replaced it marked the start of a new, Opel-led era. With such a strong brand value in the UK, though, the Vauxhall name remains to this day, even if the vehicles themselves are effectively German Opel models.
During the 1980s and 90s especially, there was a very distinctive ‘battle’ between Ford and Vauxhall in the UK, with both brands being by far the most popular at the time. Just like you can be a Ford or Chevy person in the US, you were either a Ford or Vauxhall person in the UK.
Moving into the 21st century and gliding neatly into the present day, we find that whilst Vauxhall is still a key player in the car market, the ‘one or the other’ mentality between themselves and Ford has died down somewhat, with more premium brands such as Volkswagen and BMW making strong gains in recent years. Despite that, Vauxhall continues to pump out popular models, with the Corsa and Astra often making top ten appearances in the monthly UK sales charts. General Motors now no longer own Vauxhall or Opel, but both brands are still tied together still under the Peugeot-Citroen group (PSA).

All of this popularity in the recent few decades means that finding Vauxhall spares is generally a breeze in the UK. With Opel models identical (save for a badge), you can open your search up all across Europe for that one specific part you may be looking for, too.

But why should you be searching for spare parts for your Vauxhall? The answer is sourcing spare parts can be seriously cost-effective if you’re looking to change or repair part of your car. In fact, you could potentially save up to 80% off the main dealership price when comparing spare parts to new parts.
For example, if you damage your Vauxhall’s body in a minor accident and find that it’s cracked, dented or lost paint, body shops across the nation will often quote you extortionate prices for what appears on the surface level as minor damage repair. This is because most outlets will source a brand-new part directly from the manufacturer, and proceed to paint it in-house, which is not a cheap process. While the finish will undoubtedly be immaculate, the cost of doing such a job can be unjustified – especially if you have an older model of vehicle which isn’t worth too much anymore.
Alternatively, you can source a spare part for the thing that you may have damaged. As previously mentioned, Vauxhalls are incredibly common in the UK, so it won’t be difficult to find the part you’re looking for. In fact, Vauxhall spares are so abundant, there are entire websites and locations dotted across the country serving only spare parts for your Vauxhall.

Where to find the spare parts

Finding used spares online has therefore never been so easy. Companies such as Motor Breaker allow you to quickly type in your car’s registration number for an immediate result of spare parts available to purchase. They also have the side benefit of giving you the peace of mind that the part you are purchasing will match with your particular vehicle, leaving out any awkward guesswork or gambling.
If you prefer to pick up your Vauxhall spares in person, you could visit your local scrap yard. Scrap yards often purchase vehicles that have been ‘written off’ by insurance companies – that’s to say vehicles that have sustained enough damage that making repairs would be uneconomical against the market value of the car itself. Most of these vehicles tend to be involved in a crash, but in most cases, only a certain part of the car will actually be damaged. Should a car have a head-on collision, it’s highly likely that the rear half will be completely fine, and thus a complete waste to fully scrap. The yards will then remove parts of the car that are in fine condition, and sell them off as spares – often at a cheap price when compared to buying new from an OEM. But just how much money could you save by buying a used Vauxhall spare part from a scrap yard or online compared to buying a brand-new manufacturer part? Let’s look at a real-life example.

New vs used Vauxhall spares in the UK and beyond 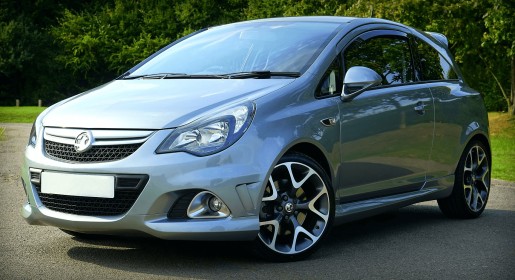 The Vauxhall Corsa is one of the UKs best-selling cars of all time, with over 2.1 million units sold between 1993 and 2019 in the UK alone. Within that time, there has been multiple generations, labelled alphabetically from A to F for the current generation. The Corsa ‘D’, manufactured between 2007 and 2014, is arguably one of the most common sights on the road in the present day. If you wanted to get a brand-new rear bumper directly from Vauxhall, you’ll have to pay nearly £300 to have it painted and fitted to match your existing old bumper. That’s a lot when some early examples of this generation of Corsa are worth less than £1,000 in some instances, but it does ensure that you’re getting a pristine product that’ll fit perfectly, and will often come with a warranty of some degree.
Alternatively, if you’re willing to accept that the Vauxhall spares may not be in ultimate showroom condition, you can save a small fortune on the same thing. Across the Internet, a painted rear bumper for a Corsa sells for as little as £40 for a structurally sound example – representing over seven times the savings. With such an abundance in stock, you can choose to be picky, too.
Since Vauxhalls are essentially just re-badged Opels from Germany, the pricing situation is fairly similar overseas, too. A used rear bumper online for the Corsa sells for around £70, and you could expect to pay a similar premium to the UK OEM parts should you want to purchase the part brand new. It’s thanks to Opel’s stronghold across the majority of countries in Europe that means prices remain relatively stable across the board, and gives you the choice to import a part like a rear bumper from outside the UK, should you wish to do so.
However, it’s not just cosmetic parts where you can save a good amount of money on for your griffin-badged pride and joy, either. Vauxhall spares come in all shapes and sizes, and some of the most common spare parts for all models besides the aforementioned cosmetic parts include radiators, pollen filters, braking systems, wing mirrors, alternators, fuel pumps and oxygen sensors. These are often parts that either have a limited lifespan such as the brakes and filtration systems, or are at risk of being damaged, such as the radiator from stone chips or the wing mirrors from being knocked into. Regardless, they can all be very commonly found both online and at your local scrap yard for a price far cheaper than Vauxhall wishes to charge.
Thanks to the huge popularity of Vauxhall vehicles across the last couple of decades, virtually every scrapper will have a part for your mainstream Corsa or Astra. Even if you don’t drive one of Vauxhall’s more popular models, the brand retains a strong cult following in the UK, and groups across the country work hard to keep spare parts available for even the most niche models. So, if you one day finding yourself needing a part for your Vauxhall, consider checking out the huge network of parts available, and end up saving a huge chunk of money in the process.