Alternator – how it works, signs of failing, how to change it? 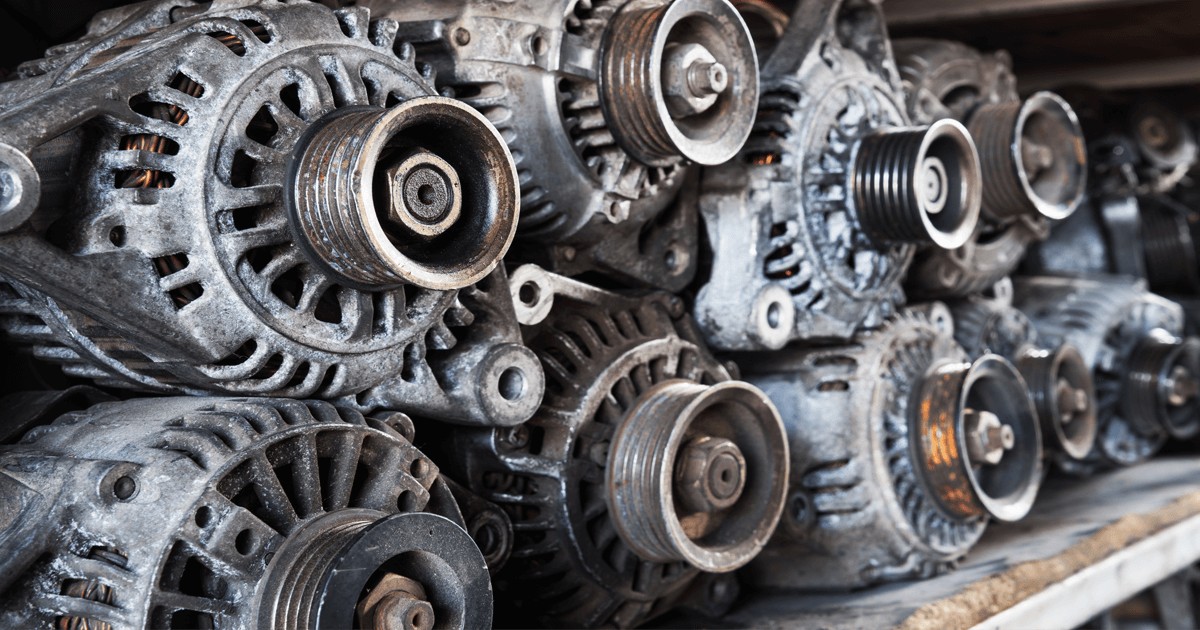 An Alternator is a small generator that generates electricity to charge the battery and power your vehicle’s electrical system. The different electric devices like headlights, infotainment display, radio, air conditioning etc, all need electric power created by the Alternator.

What Is An Alternator?

This power generator must always work optimally. A failure of this component will lead to malfunctioning of the electrical system. Given the significance of this system, we suggest car owners to understand how it works.

How Does An Alternator Work? 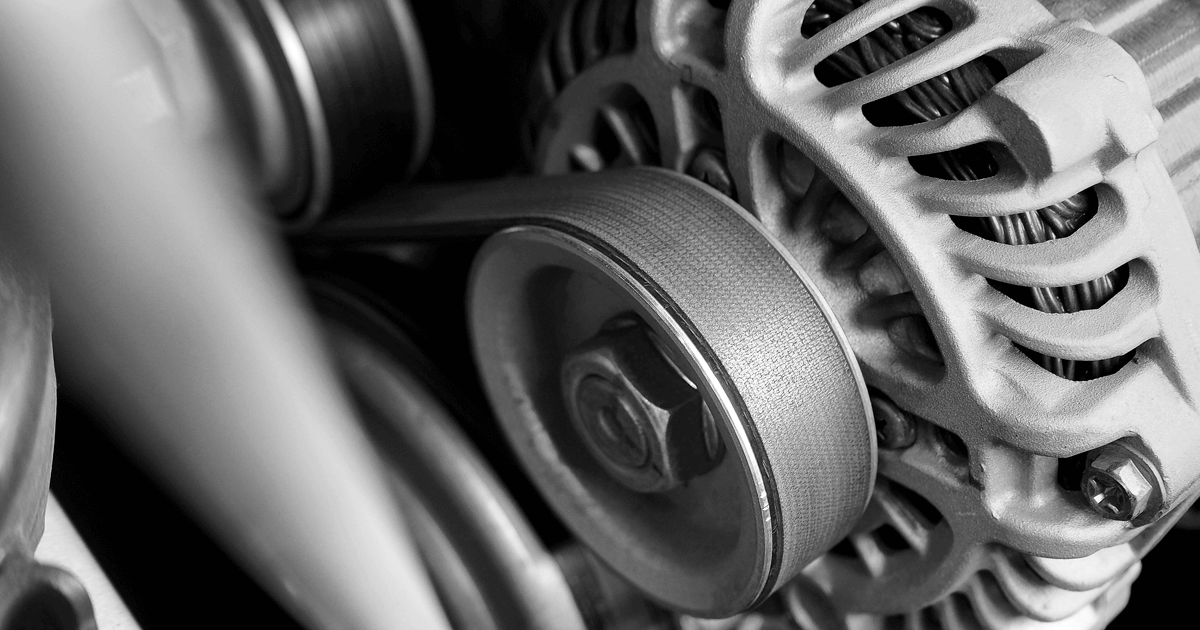 Contrary to popular belief, it is not the battery that powers the electrics of your vehicle. The battery provides the spark to start the engine and the alternator generates energy to feed the whole electrical system. It also charges the battery while the engine is running.

When your switch on the car’s ignition, the internal combustion engine spins the engine belt. It causes the pulley on the alternator to turn and create energy. When the pulley starts rotating, alternating current (AC) passes through a magnetic field, and diodes turn the negative current into positive current.

Early Signs Of A Failing:

Alternators normally last for up to 12 years and after that, they may not deliver a steady power supply. Several signs tell you when your alternator is at the end of its life.

Dashboard Indicator:
Modern vehicles have a warning indicator that reveals when there’s something wrong with  alternators. Shaped like a battery, the indicator occasionally displays GEN for generator or ALT for the alternator. In case your car does not have this indicator, you might have to pay attention to less obvious signs.

Flickering Lights:
One of the earliest signs of a failing alternator is dimmed or flickered headlights. This fault becomes most noticeable when your headlights illuminate as your speed fluctuates. Good alternators will keep your headlights bright regardless of the speed you’re driving at.

Weak Battery:
The main purpose of an alternator is to replenish the car’s battery. Without a working alternator, the vehicle will soon drain the battery. Unless you find the issue and nip it in the bud, you’ll end up having to replace your car battery over and over.

Odd Sounds:
A faulty alternator will usually result in making strange sounds. If you hear a growl or grinding sound when you start your engine, the internal bearings might have failed. However, if you hear a squealing sound, it means the serpentine belt is wearing out and needs replacement.

Weird Smells:
Along with unusual noises, your car engine might start to emit suspicious odours too. It could be the smell of rubber burning due to excess friction caused by the belt’s restricted movement. You might also smell an odour similar to an electric fire. This smell indicates that the alternator belt has slipped and needs tightening.

Stalling Engine:
If your car engine stalls, or you have a hard time getting it to start, there could be several reasons. The two most common culprits, however, are a dead battery and a broken alternator. Get them checked immediately!

Electric Failures:
Without alternator providing electric power to your car, most of the electric components will shut down. This failure of the alternator might culminate in various ways. For example, you may notice the windows roll down slower or your electric seats aren’t as efficient, or your radio turns off all of a sudden.

How To Check The Generator?

Once you’ve managed to narrow down your car alternator as the cause of your problems, there are two ways to make sure you’re right:

Use A Voltmeter:
The first and easier way of checking your alternator is to use a voltmeter. A voltmeter is an instrument that can help you measure the voltage between two points in an electric circuit.

Get a voltmeter:
The first step is to acquire a voltmeter. You could borrow it off someone or buy a new one since it is pretty handy and cheap. You could use a multimeter, as well.

Check the battery:
To check the power generator, you first need to have a battery that works. Without a working battery, you will not be able to get the engine started, thus will not be able to conduct this test. First, check the battery with the voltmeter. Your battery should display a voltage reading of 12.2 Volts. In case the voltage is too low, the battery might need replacement and your power generator might be fine.

Start the ignition:
You can now start your car and rev it up to 2,000 RPM. It will push power through your battery, causing the voltage regulator to turn on the alternator.

Retest with the voltmeter:
Your voltmeter reading should now go up to 13 Volts. Any reading between 13Volts and 14.5 Volts is fine and indicates that your alternator is alright. If the voltage decreases or remains the same, you might need to fix or replace the alternator.

Check the gauge:
Read the output on a volt/amp gauge. Run your engine at 2,000 RPM and turn on as many electric accessories as needed. Subsequently, check the reading on the gauge. If the reading is higher with a running engine, consider your power generator healthy.

Listen to the generator:
If you hear a squealing sound that amplifies when you run more systems, your generator could be malfunctioning.

Turn the radio on:
Set your radio at a low AM frequency and make sure there’s no music. If the radio whirrs or becomes fuzzy whenever you hit the gas, your alternator is broken.

Visit an auto store:
To be more certain that your alternator is faulty, you might want to locate and visit an auto store. They may offer you a free test in hope that you’ll buy your new component from them.

How to Change the Generator?

Alternators can last a long time. They are usually also repairable and you can change the internal parts to make them last longer. However, once an alternator has lived its due life, you have to replace it.

You can perform this replacement yourself. It will take you around 2 hours, depending on your knowledge of mechanics. Or you could take help of a professional to get it done.

Here is how to change it:

Disconnect the battery:
Before you start with anything else, you need to disconnect the battery. There may be several wires connected and some of those might be very hot. If you skip this step, you might end up grounding a live wire. It could result in physical harm and other serious issues.

Disconnect the wires:
Once you have disconnected the battery, detach the wires from the alternator. It would be wise to label them as you detach so that you do not plug them wrong once you’re done.

Detach the belt:
Depending on your vehicle model and design, it possibly will contain a tensioner pulley. You have to slip the belt off the pulley by moving it enough. The method of removal will vary according to the type of tensioner used.

Unfasten the bolts:
Remove any bolts that are holding the power generator in place. The bolts might vary in size, so keep track of where each one goes.

Take out the old generator:
You can lift the alternator out now. Make sure to examine it for damage to find out if it can somehow still be useful.

Install the new alternator:
Now that you have both old and new alternators in front of you, match them to make sure you’ve got the right one for your vehicle.

Reverse the installation steps:
Perform the abovementioned steps in reverse and you’ll have the new alternator installed in no time. Depending on the type of alternator you have bought, you might need to make a few alterations in the process.